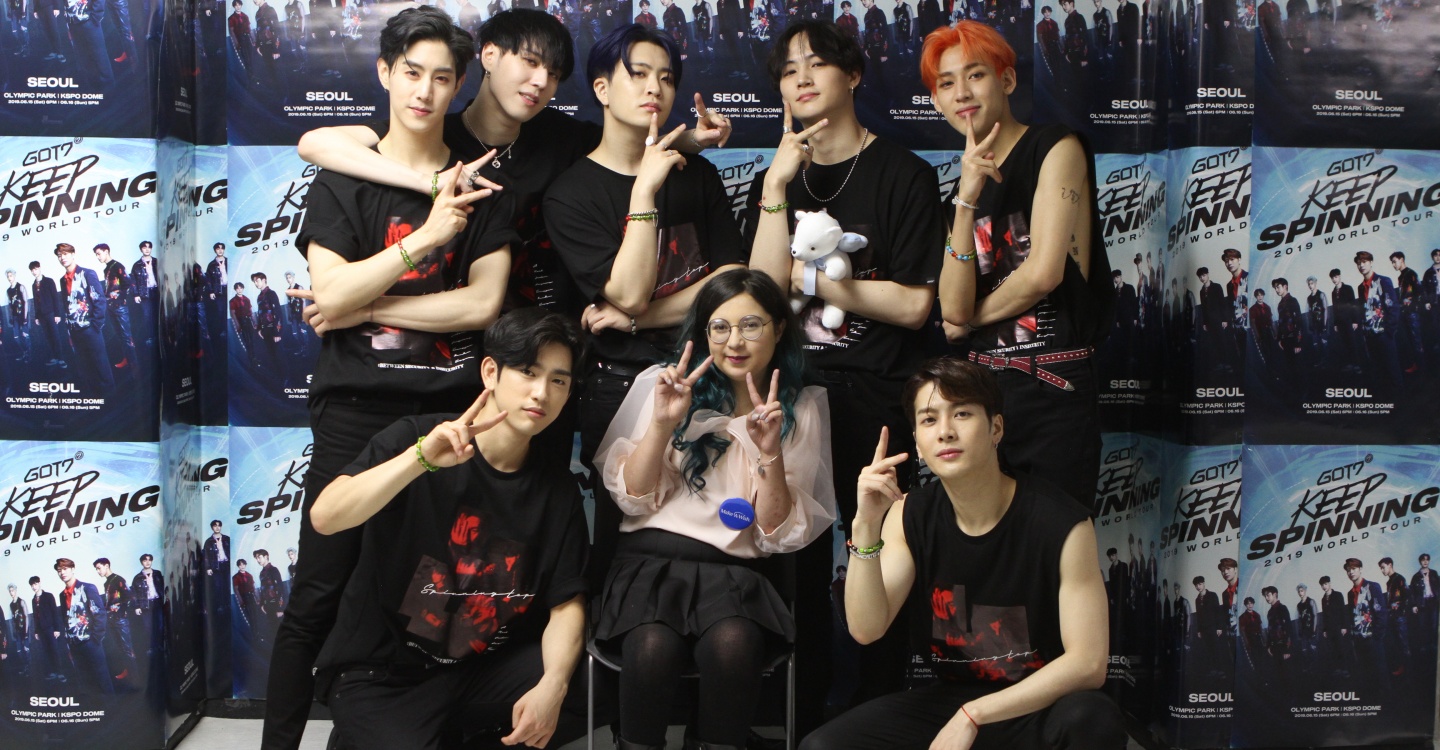 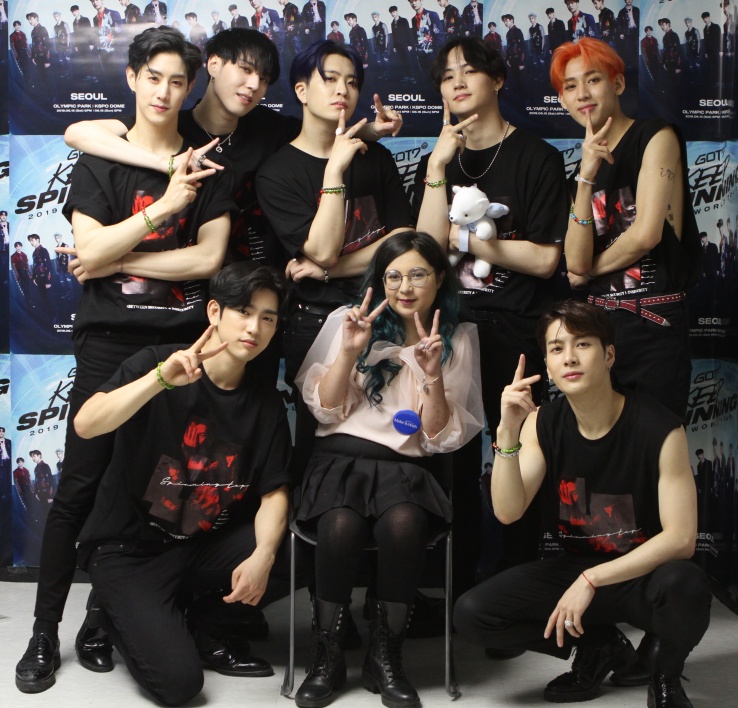 A girl with bright emerald-coloured hair covers her mouth while repeatedly saying ‘amazing’ in a quivering voice. 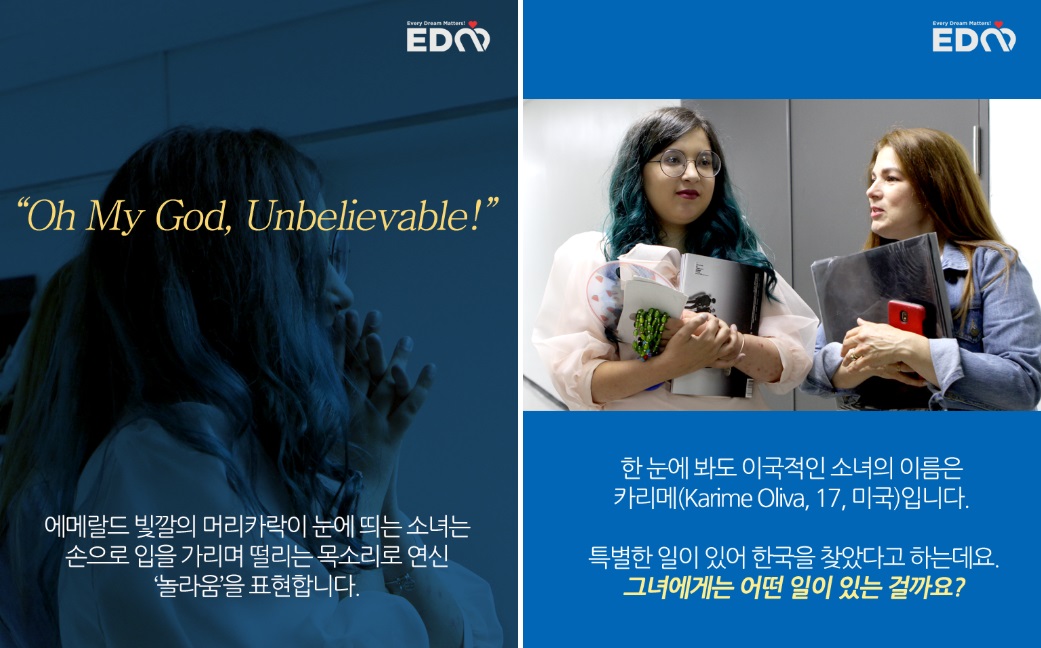 Karime, who has reached 17 years old, has lips that are bluer than others.

She was born with methemoglobinemia, and after a thorough medical checkup, she is diagnosed ‘pulmonary valve atresia’, a rare congenital heart malformation.

The pain from tough medical treatments tormented her everyday.

Whenever she has a hard time, Karime sings songs and listens to music. 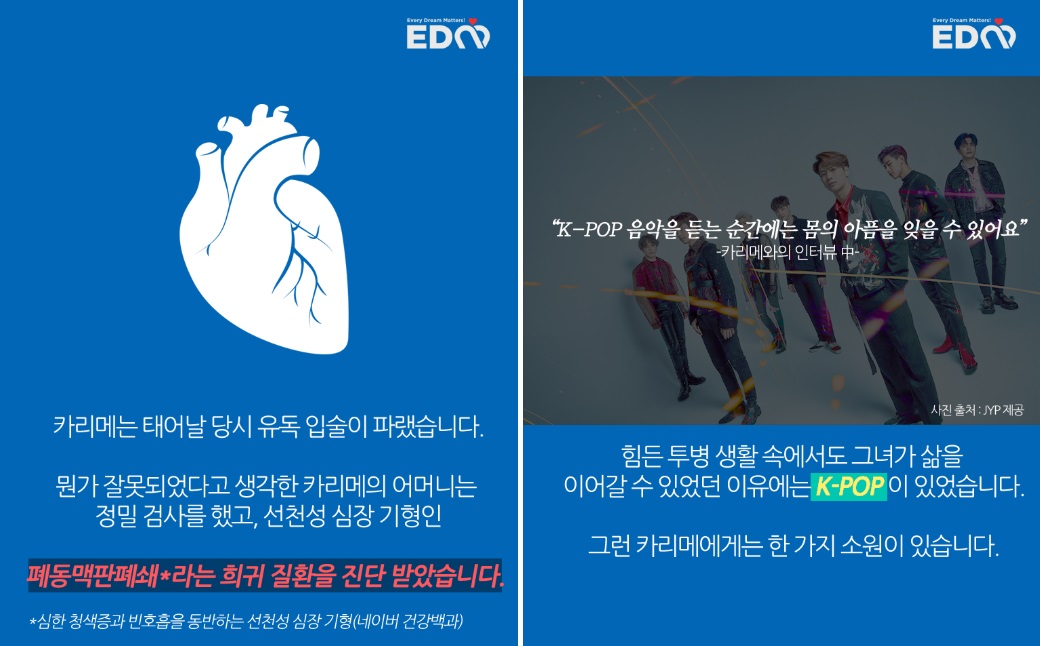 Meeting GOT7 from JYP Entertainment is her wish.

Karime’s wish was delivered to JYP Entertainment through Make-A-Wish Korea and on the 15th of January, Karime was invited to the ‘GOT7 2019 World Tour Keep Spinning’ concert. 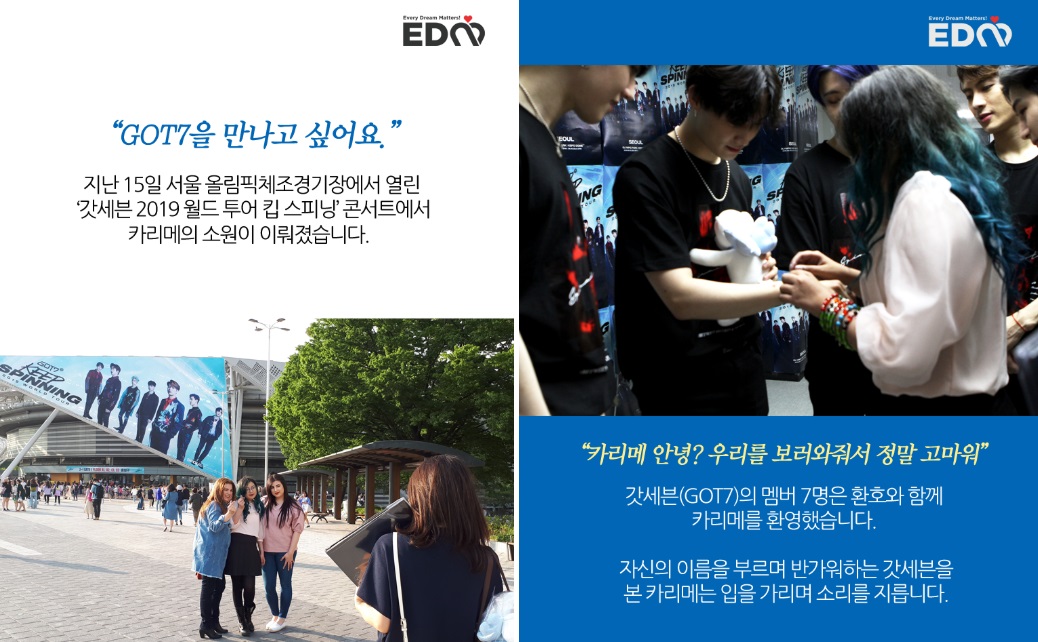 While in the waiting room, Karime was feeling nervous yet thrilled. When suddenly she heard “Hello, Karime!”, that’s when she realised that GOT7 just entered the room.

Karime couldn’t believe that this happened for real, she covered her face with her hands and joyfully cried. She then presented gifts that she had prepared for GOT7.

These gifts were bracelets made by Karime herself, thinking every member of GOT7: with green, which is symbol of GOT7 and red, that represents the heart. GOT7 showed her great appreciation and wore them right after. (They even kept wearing them during their performance. So touching ><)

To show their appreciation to Karime, GOT7 sang ‘Eclipse’, Karime’s most favourite song.

Furthermore, each of the GOT7 members listened and answered carefully to all Karime’s questions.

The meeting place was filled with Karime’s laughs and GOT7’s warmth. 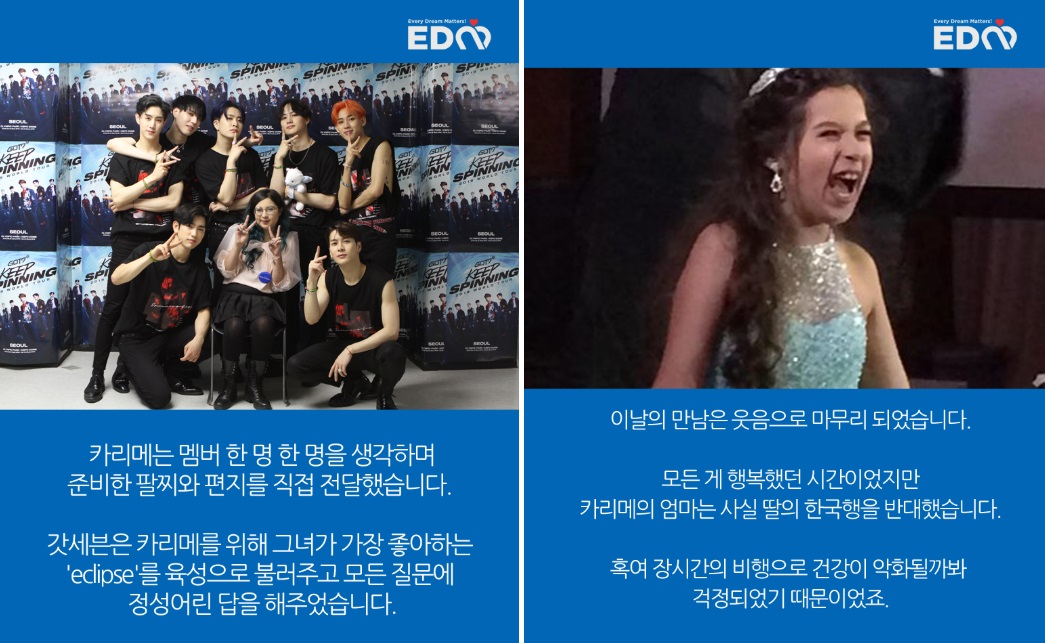 Before she came to South Korea, Karime’s mum was concerned. So Karime told her:

Even though the meeting was full of laughter and cheers, Karime’s mother had been against her daughter’s trip to South Korea. She was concerned that long flights might affect Karime’s health as she who had a heart transplantation ahead.

Karime’s mother says that her daughter is a ‘strong girl.’

Because she always smiles bright and thinks positively even though she is having hard times fighting against her disease. Karime who went back to America will have a heart transplantation.

We hope that she gets over it and that she will be healthy and bright like her nickname ‘Strong Girl.’ 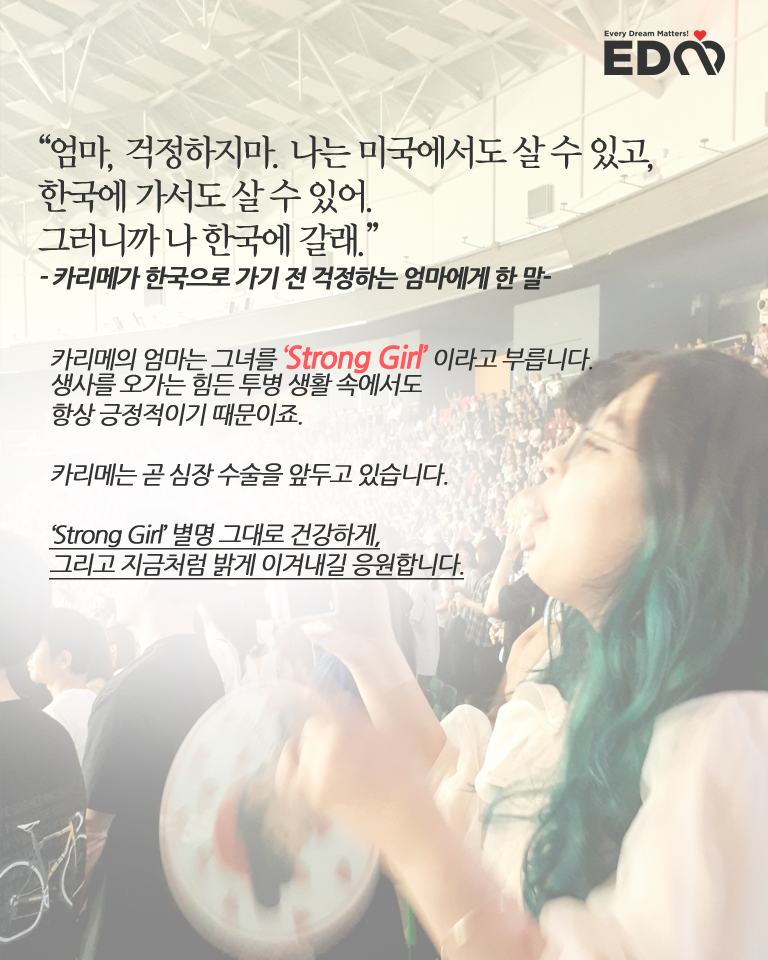