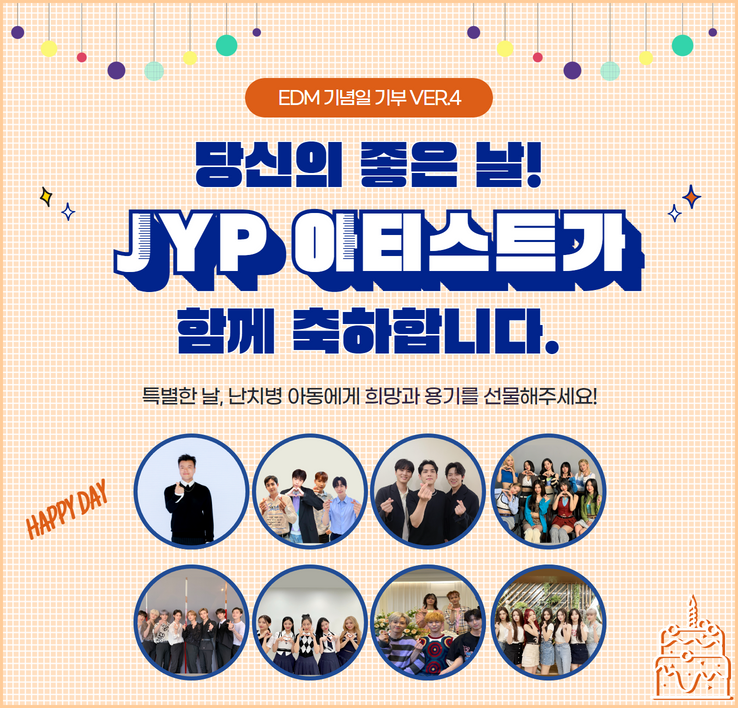 117%
\3,507,480
39 donations
$3,000,000 goal
* All donation goes directly to Make-A-Wish Korea. We are informing you that the organisation that collects and uses donations is the Make-A-Wish Korea.
* Due to the change in the fundraising system, We inform you that the donations you donated will be reflected in the next day.
On your special day,
please give hope and courage to children with incurable diseases with JYP Entertainment artists that you support!
What is an EDM Anniversary Donation?
It is a donation program that distributes the happiness of all my special anniversaries, including the birthday, debut date, and album release date of artists you support, your birthday, graduation, first salary, marriage, and the birth of children.
◈ How to participate in the EDM anniversary donation?
STEP 1. Anniversary donation
└ Click the ‘donation’ button.
STEP 2. Leave a message of support for children with incurable diseases
└ After completing the donation, Please leave a message of support that will be delivered to the children with incurable diseases.
STEP 3. Apply for the Donation certificate
└ Please enter the necessary information for the donation certificate issuance.
A donation certificate with a photo of your favorite artists is issued. 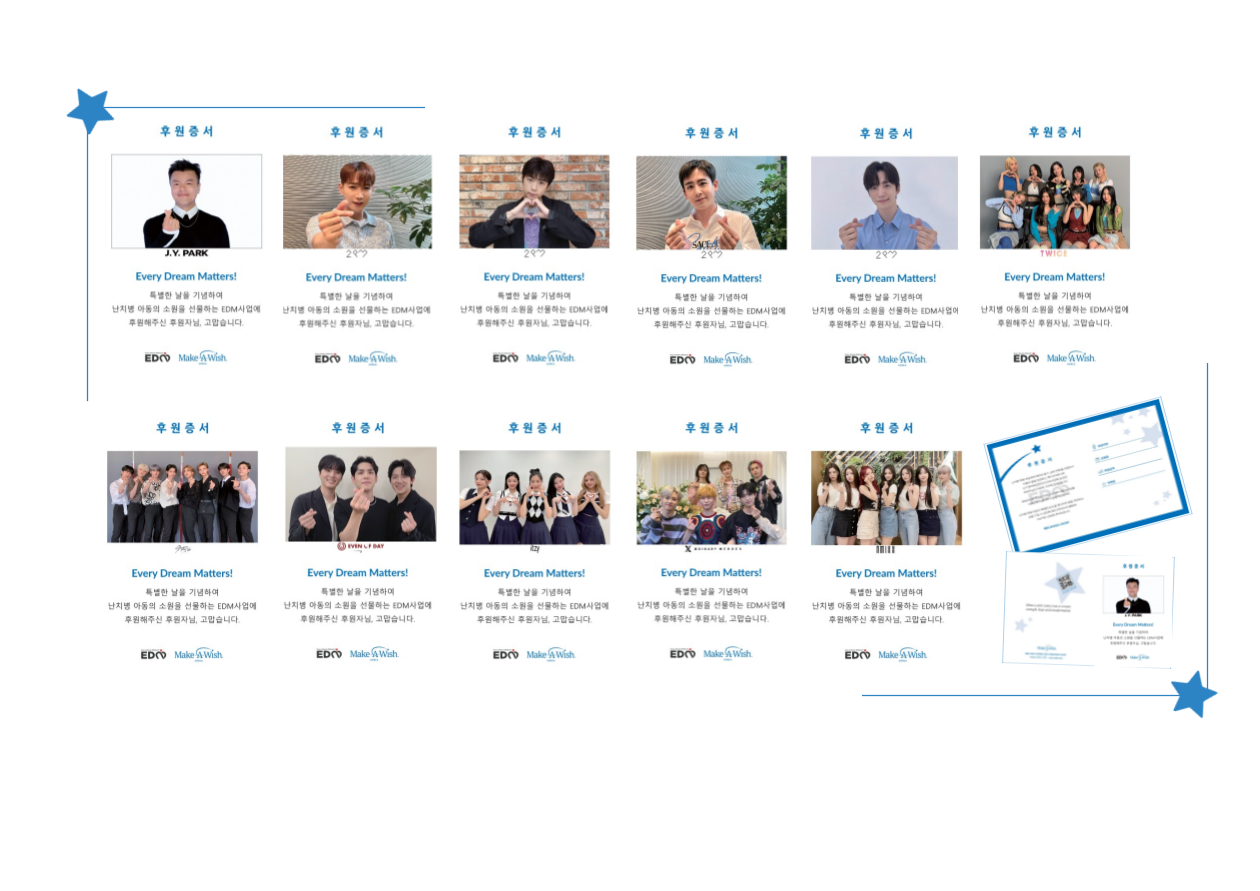 *Osteosarcoma: A malignant tumor that occurs in the bones, a disease that occurs mainly during the teenage years.

‘It happens when you’re growing taller.’

Junhyun thought that the sudden knee pain a year ago was just a natural process taking place during his growing years. However, the symptoms lasted for a month, and then he felt something strange.

Growing pain, which he first considered insignificant, was later discovered as an osteosarcoma diagnosis after a close examination, and just like the name of the disease changed, Junhyun's life changed 180 degrees.

After the surgery, Junhyun, was unable to walk without an orthosis, and had to give up the sport he loved. He stopped studying for a while for treatment, and it seemed that his dreams of having a career in the automobile industry was fading away.

Junhyun, who always thought positively and showed strong will in any situation, is too young to handle the feeling of loss from the battle. 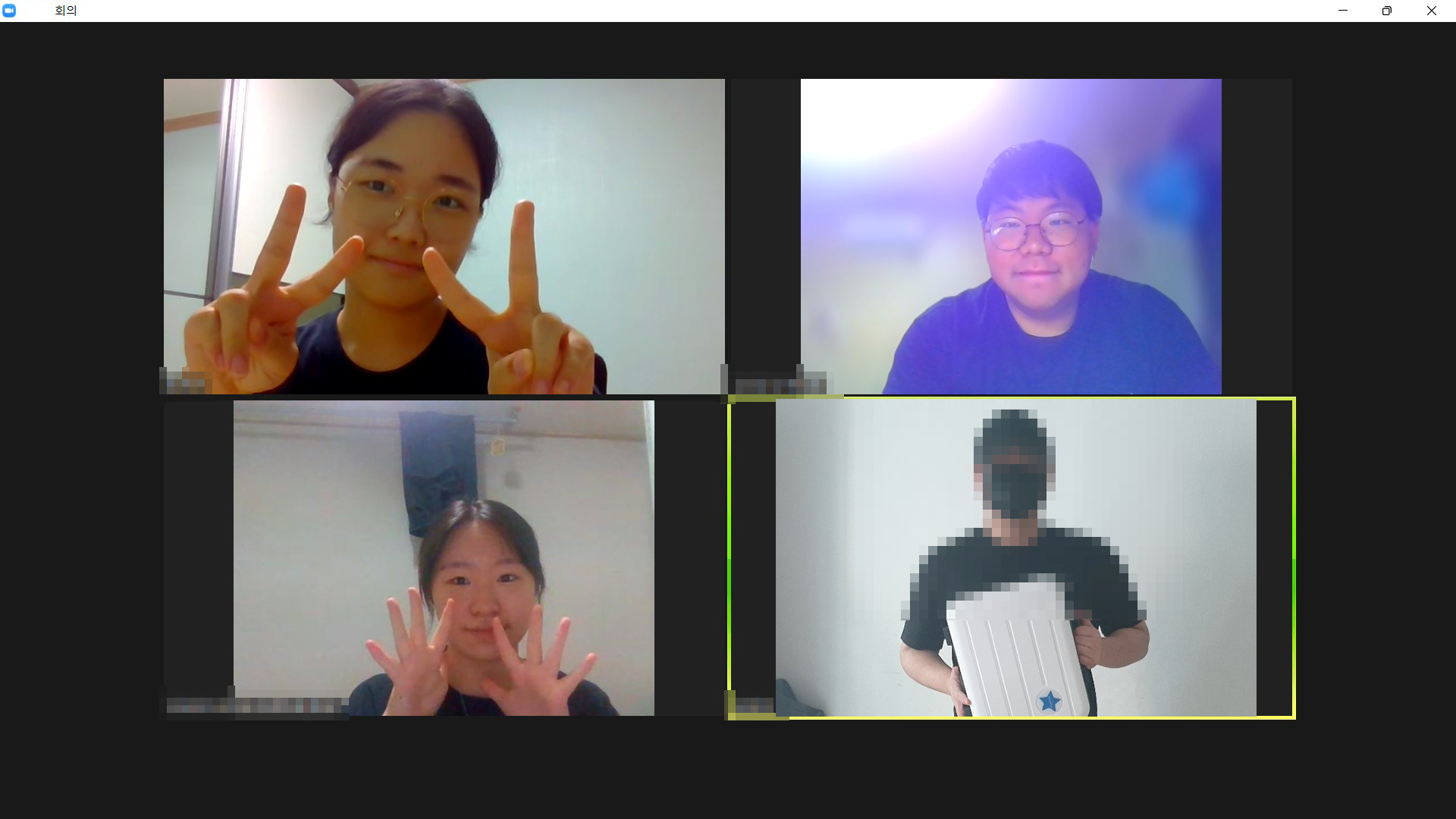 ‘No disease can take away my dreams.’

Junhyun lost his words even more when he hit puberty during his battle against the disease. The adults looked at him with regret, but what they had in mind was far from reality.

Junhyun had the courage to overcome the feeling of loss, and contrary to the reduced number of words, there was growing hope in his heart that he would become healthy again and achieve the dream he wanted to achieve.

Like children his age, Junhyun enjoys listening to popular songs, taking pictures, and dreaming of a challenge like skydiving. As for his love for cars, which was everything to Junhyung, it has not changed.

What kind of wishes will come true for Junhyun, who is carefully considering the wishes he wants to fulfill on his make-a-wish day?

Junhyun, who is ready to fulfill his wish and draw a new future, needs a lot of attention and support from you. Please join us on this journey towards the make-a-wish day, the day when wishes come true.